Thailand To Launch Applications For Digital Nomad Visa In September

Digital Nomad Barcelona Guide – All You Need To Know in 2022

Remote Workers Get Paid Up To $20K To Relocate To These U.S. Cities

Best And Worst Countries For Digital Nomads According to Cybersecurity Experts

Belgrade, capital of Serbia, is an energetic city which has lots of to offer but is still underrated. Historical sites, booming nightlife, alternative neighborhoods, low costs of living and friendly, open locals are the reasons why more and more digital nomads move in there.

Belgrade is an all-year-long destination. Monthly averages spread from 1.4 °C in the coldest month January to 23.0 °C during the summer time. July and August can get pretty hot when the temperature often reaches above 30 °C.

Many newcomers choose to stay in Dorćol located in the Old Town municipality.

It’s a unique mix of old-Belgrade style and modern influences. From that area, it is easy to reach by foot the very center as well as a bank river. It is full of restaurants and cafes and life goes on here all day and night. Another popular neighborhood, also located in the center, is Vracar. Like Dorćol, it is perfect for those who like to commute on foot or bike, since everything is nearby.

Digital nomads, who prefer to stay in quieter and less touristic places can choose New Belgrade.

It is located a bit far from the city center, but that allows to get to know the true local atmosphere. In those neighborhoods, there are plenty of street markets with fresh fruits and vegetables, bakeries and local cafes with lower prices than in the city center. Some parts of New Belgrade will be perfect for lovers of socialist, communist-era urban planning.

Accommodation in Belgrade for digital nomads

Digital nomads who want to stay in Belgrade can choose either one of the plenty hostels, Airbnb flat or decide to rent an apartment or a room.

Belgrade definitely does not lack hostels. The cheapest ones will cost you around 5$ per night during the season. Digital nomads who look for a new experience can choose ArkaBarka, a floating hostel with lots of common space perfect for working with a view over the Danube river as well as own bar.

There are plenty of Airbnb flats located in and around the city center. The monthly price is around 400-600$ for a studio apartment. Most of the flats are renovated and well-equipped.

Belgrade’s flat process are way cheaper than in Western Europe. A one-bedroom flat can cost as little as 250$-350$ per month, depending on the location. However, it is advised to ask a local for help if you don’t speak Serbian and want to contact a flat owner. The younger generation speaks English, but older people generally do not. 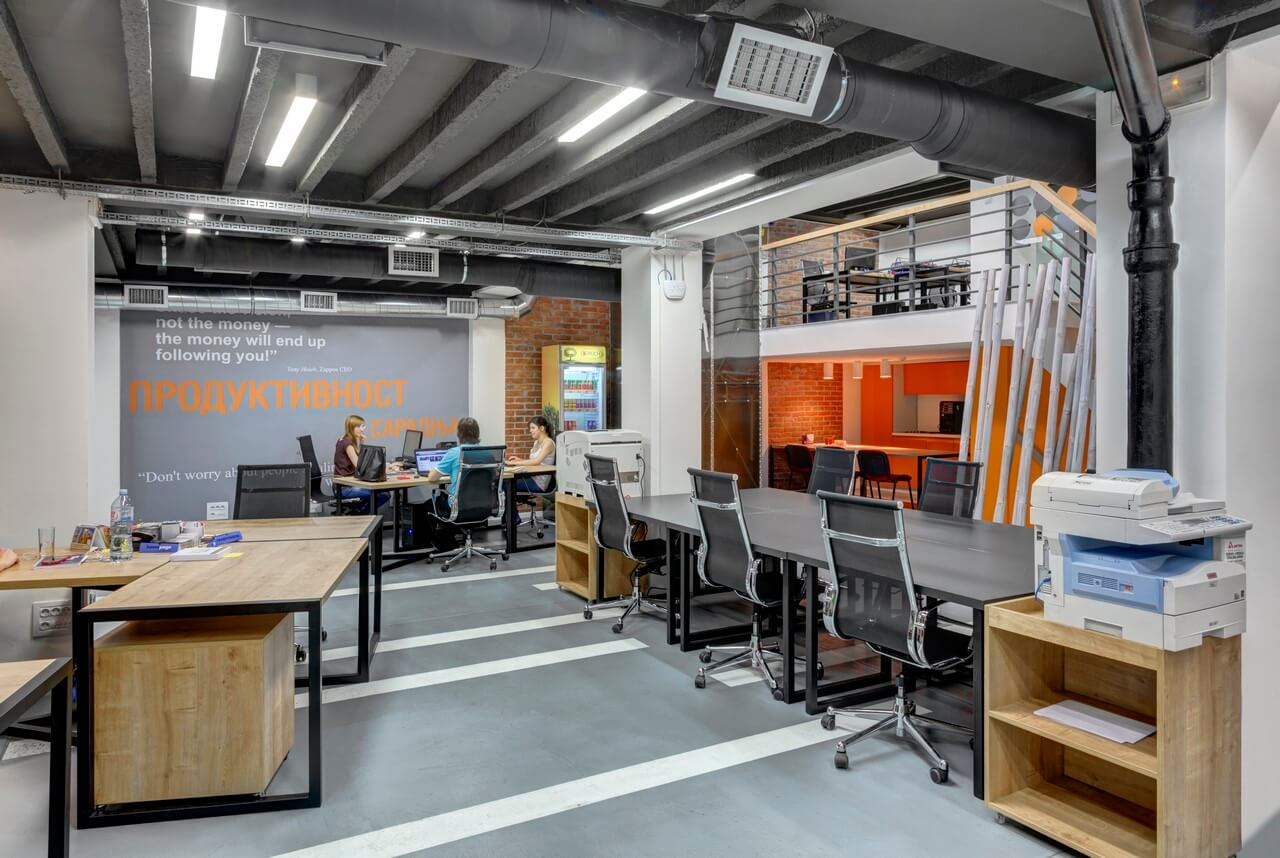 In Belgrade, you can find plenty of coworking spaces and their number is constantly growing. Smart Office is the oldest coworking space in the city. It is located in the very center, on the main boulevard Knez Mihailova, thus its easy reachable from any area. A monthly pass costs around 160$, and a daily pass is about 18$.

In Centar is another option, which will fit those who prefer smaller spaces and atmosphere of the office rather than vibrant coworking space. It is located in the city center, where there are plenty of cafes and restaurants, perfect for a break.

If you are up to a more creative environment, you should consider Nova Iskra. Its mission is to connect freelancers from various areas – creative industries, IT and new technologies. It often organizes workshops, exhibitions, conferences and less formal events for those who seek to network with like-minded people.

If you prefer to work in a café, there are plenty of options to choose from. In the whole Balkans, including Belgrade, the café culture is very alive thus you can find many coffee places in every district of the city.

In Zaokret you will meet local creative minds. It is a spacious local with fast internet, desks perfect for working with a laptop as well as great coffee. Another plus is that music is not too loud, which can interrupt remote workers in other cafes. After the work, you can stay to chill with one of the craft beers.

Aviator Coffee Explorer Terazije is located at the beginning of hip Savamala district. It has cozy atmosphere, fast and stable internet connection, comfy chairs and tables as well as great coffee and snacks choice. Aviator coffee shops can be also found in other parts of the city.

Coffee lovers won’t get disappointed with one of Kafeterija coffee shops which can be found in various locations. Clients can taste coffee from all over the world in a cozy, friendly interior. It also offers croissants, muffins, and muesli.

Kafe Kozmeticar is located a bit further away from the city center, but it’s definitely worth a visit. Its colorful interior and very comfortable chairs will make the work much easier. During the summer you can also sit in the café’s garden and enjoy the warm weather.

Where to meet nomads?

There are many events for freelancers organized by coworking spaces and often you can attend them even though you don’t have the pass. Another option to meet like-minded people is to join one of Facebook groups for foreigners living in Belgrade, like Expats in Belgrade, Belgrade Foreign Visitors Club or Foreigners in Belgrade. There are also lots of thematical events which digital nomads can join via Meetup Belgrade. 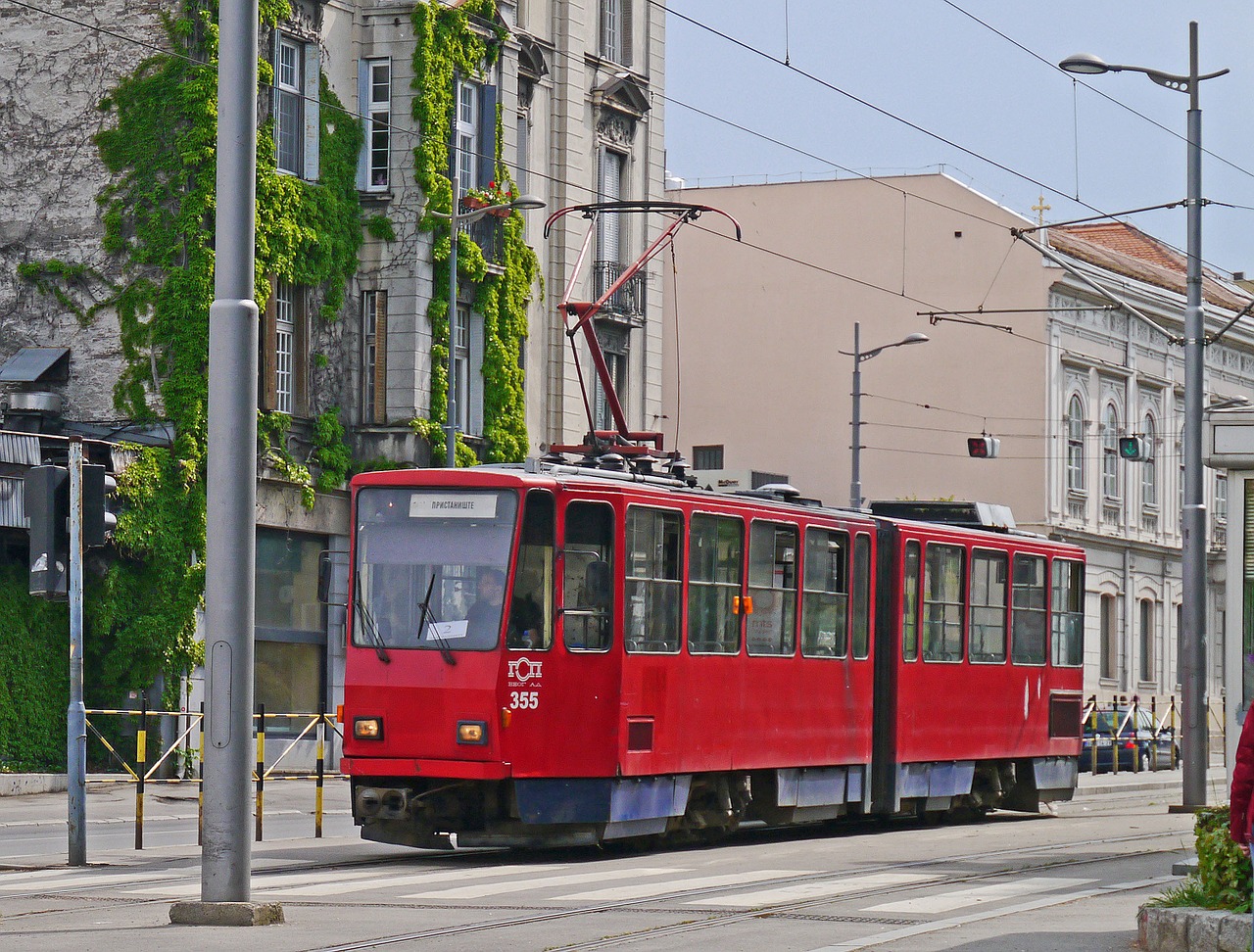 There is an international Nikola Tesla airport located close to the city. You can get to Belgrade by plane from the majority of European capitals. The good news for those who are on a budget is that low-cost company Wizz Air started to have regular flights to Belgrade from Sweden, France, Germany, Netherlands, and the UK.

The public transport, which consists of buses, mini-buses, trams, and trolleybuses at the beginning can be a bit confusing for the newcomers. It can be complicated to use especially in more remote districts, where bus stops are often not marked properly, so the only way is to ask locals. Another option is to use the EasyWay app, which allows to search routes and check the timetable.

If you prefer to use a taxi, you can choose alternative and cheaper services which operate in Belgrade, such as Taxify or CarGo, which can be 30% cheaper than regular taxis.

Serbia has three mobile network operators: mts, Telenor and VIP. Prepaid SIM cards can be bought in shops, kiosks or operator’s outlets. Costs of SIM card is around 500 RSD (around 5$) and includes 25RSD of credit for calls and text messages with the country as well as 1GB of data available for a week.

Citizens of EU countries, USA, Australia, and many other countries do not need visa if they want to stay on the territory of Serbia for a maximum of 90 days within half a year period. If you are not sure if you need a visa, you should check it with the consulate before setting off to Belgrade.

How to spend your free time in Belgrade 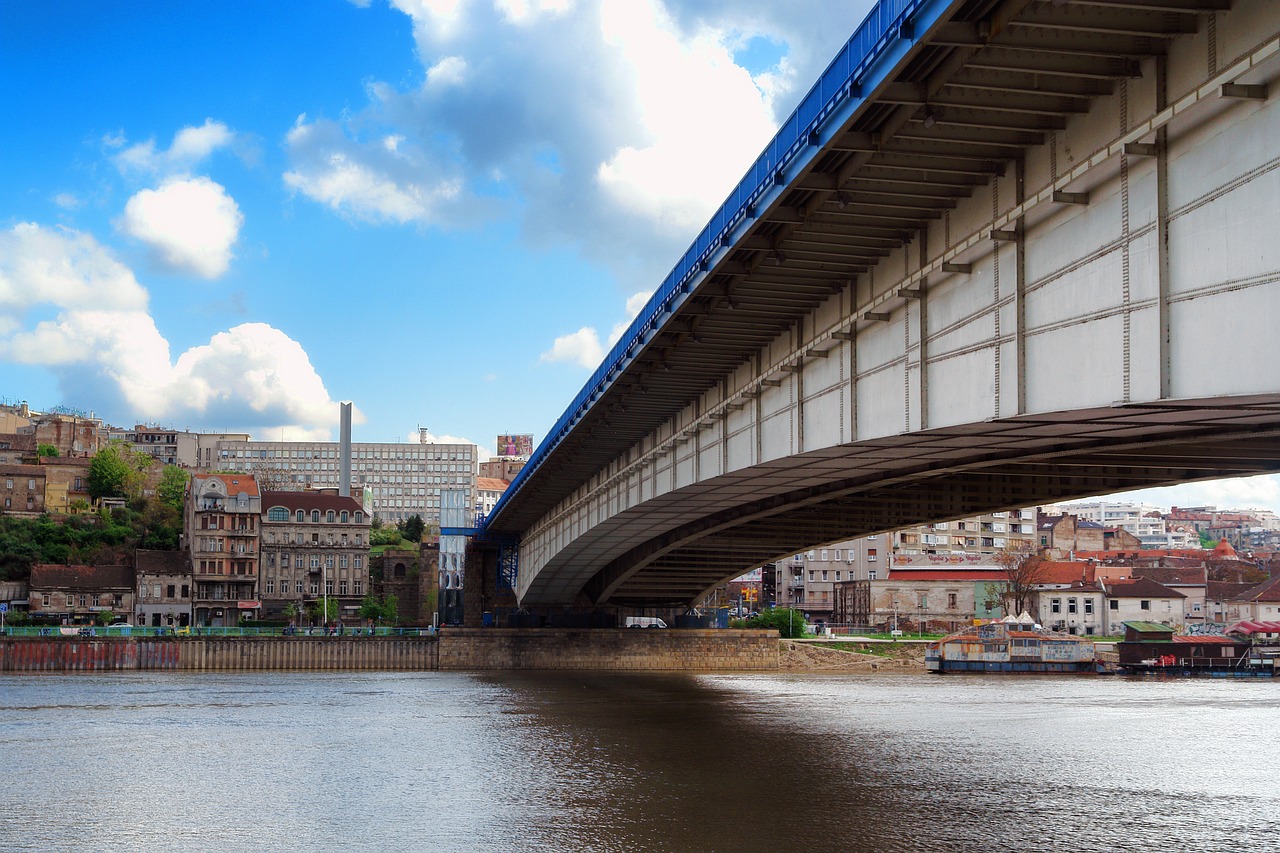 Belgrade is a big city with lots of attractions, therefore newcomers won’t be bored. During the summertime, the nightlife is concentrated by two Belgrade’s rivers – Danube and Sava. Locals love to spend time on so-called splavovi – floating pubs, restaurants and clubs located by the rivers’ banks. Splavovi makes the city truly unique, so if you happen to stay in Belgrade during the summer, don’t lose a chance to visit some of those floating rafts.

Locals, as well as expats, like to spend summer by one of the lakes located in and around the city. Sava Lake, also called Ada Ciganlija or Belgrade Sea, is the largest and the most popular lake in Belgrade. It has more than 5 kilometers from a beach, walking and biking paths as well as plenty of cafes and street food kiosks.

Great War Island is a tiny, uninhabited island which is a perfect place for those who want to have a rest from the city. The island is a home for more than 200 species of birds. You can get there by a temporary bridge or by kayak.

Those who like hip, the creative environment should head to Savamala district located by the right bank of Sava river. It is full of hipster cafes and creative industry spaces, including the most famous Mikser House. It is worth to pay a visit to Ben Akiba comedy club & bar, which has splendid interior and hosts various events, such as stand-up comedy shows, concerts, parties, and exhibitions.

Must-see sightseeing places in Belgrade include Belgrade Fortress, cobblestoned, romantic Skadarlija street or majestic Saint Sava Temple, the largest Orthodox church in the Balkans. Those interested in a history of technology should pay a visit to the Nikola Tesla Museum which presents the life of worldwide famous inventor and electrical engineer.

Belgrade has enough places to see and things to do not to get bored for a long time, but it is also worth exploring its nearby area.

Kosmaj memorial, located around half an hour from Belgrade, is one of many monuments (in local language spomenik), built during the Socialist Federal Republic of Yugoslavia. Most of them were created to honor the struggle during World War II. Most of spomeniks, like that one in Kosmaj, have a stunning, futuristic structure which brings into mind some sci-fi movies.

Avala Mountain is located only 10 kilometers away from the city. It is a popular picnic spot, from which you can enjoy a stunning view over the Belgrade. You can also visit there a Monument to the Unknown Hero, Memorial Park dedicated to the victims of World War II and see the famous Avala TV Tower.

Belgrade is a vibrant city with lots of attractions which will keep you busy during your stay. Legendary nightlife and splavovi, variety of events to choose from, historical sites, friendly locals, cheap costs of living as well as good infrastructure for digital nomads make the capital of Serbia a perfect spot for those who look for yet undiscovered, exciting places.

Thailand To Launch Applications For Digital Nomad Visa In September

Digital Nomad Barcelona Guide – All You Need To Know in 2022