Update: The next DNX is happening in September 2017 in Lisbon. Get €50 discount with promocode: NOMADCRUISE

3 weeks ago the first ever DNX GLOBAL happened in Berlin and I wanted to share this short review for those of you who are thinking about attending future DNX conferences.

The DNX GLOBAL is the first international digital nomad conference in the world. It’s designed for everyone who is interested in the digital nomad lifestyle and those who are already doing it.

The conference is a two day event with workshops, networking events, speakers and an after party. 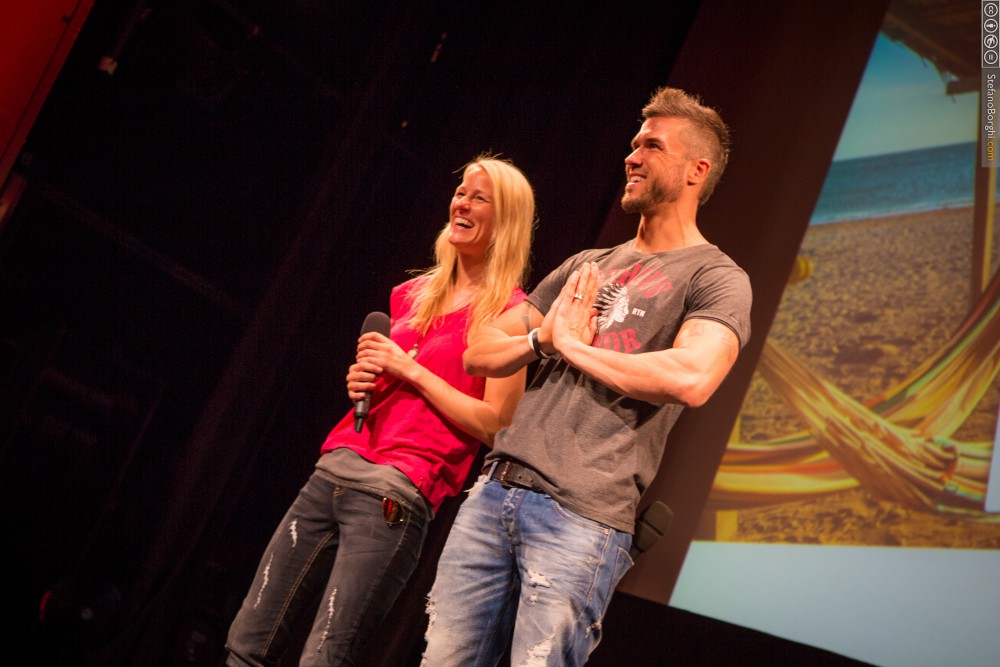 Many of you might have never heard about the organizers Marcus Meurer and Feli Hargarten before. To give you a better idea: Marcus and Feli were the ones who really kickstarted the Digital Nomad movement in Germany. Along with Conni Biesalski from Planet Backpack, Tim Chimoy from Earthcity and Sebastian Canaves from Off the Path.

They have been organizing three German DNX conferences (DNX Berlin) since May last year, which have been extremely popular with more and more participants every year.

Organizing an international conference is a different ballgame though and I have to be honest that I was very sceptical when Marcus and Feli told me a year ago that they want to to do it. To keep the answer short: They proved me wrong.

Overall the participants at the DNX GLOBAL was a great mix of people who were interested in the lifestyle and those who were already doing it. Even though the conference was held in Germany only about 30% of the attendants were German and it was a fantastic international crowd with extremely interesting people. 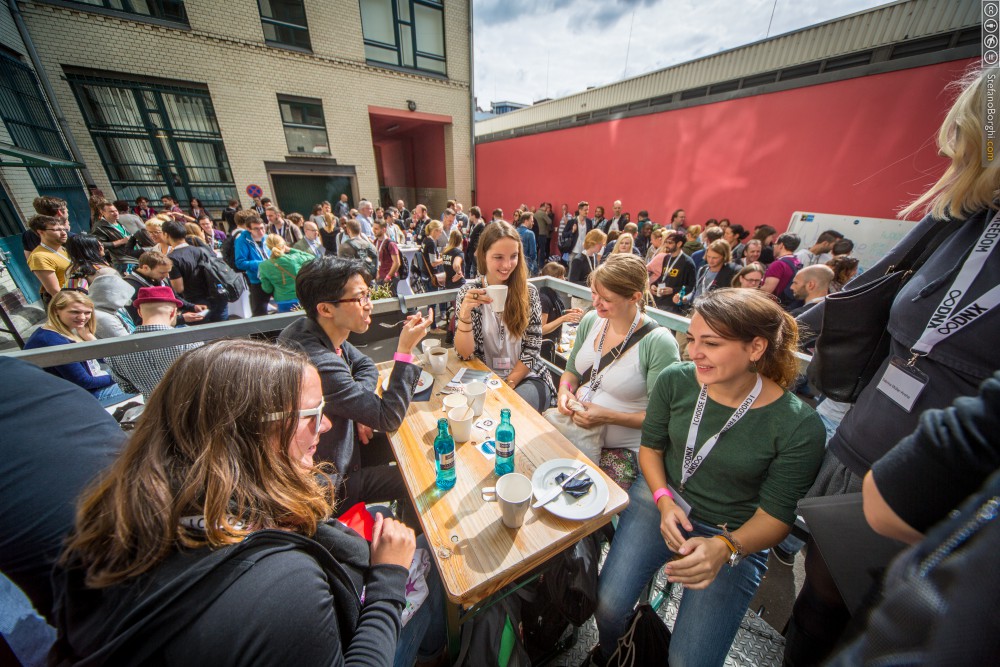 The conference started with a breakfast and a one day workshop event. I only attended the workshop by Christian Häfner. He runs multiple online businesses like Fastbill, Let’s see what works and Happy Coffee and shared his learnings in the talk “How to get more out of your business by working less”.

Christian shared many learnings I had never thought about. With over 60 participants it felt a bit more like an open talk than a workshop and there was little room for individual feedback. Overall it was great though!!

Talking to other participants most of them seemed to be really happy with most workshops. The first day ended with an informal meet-up and included a speed networking session where you had the chance to meet many participants for a short chat was very well organized. A great start to the conference.

The second day of the DNX GLOBAL was the main day the conference. Marcus and Feli managed to pull of an amazing speaker line-up including Mark Manson, Derek Sivers, Pieter Levels, Natalie Sisson and Sabrina Iovino.

I have to say that I didn’t watch every talk as I also used my time to chat to many of the participants, I’ve been in touch with but never go the chance to meet before, like Magdalena who’s doing an incredible job in Morocco with Coliving project Sun Desk.

Out of the talks I watched the ones I enjoyed the most were by Mark Manson and Shanayia Olivera.

I really liked the honesty of Mark’s talk about the challenges of the life on the road. Having been a digital nomad for the past 5 years by myself I’ve also experienced many of the challenges as well. But have to agree that it’s amazing once, you figure out how to make it happen! Never give up ;-)! 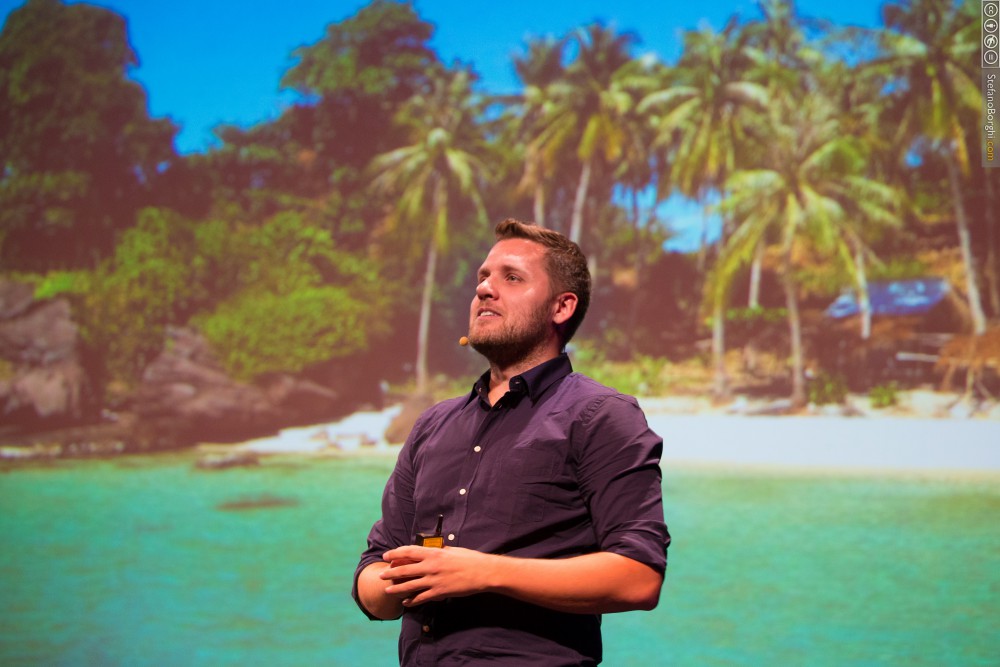 Shanayia Olivera talk was really good as well and she was sharing incredible value on how to create online courses by giving super interesting insights into her own business.

Another highlight was You Jin’s documentary who was sharing a new preview of the first digital nomad documentary One Way Ticket, which will be released early next year. You can watch it below.

Talking to participants everyone was really happy with most of the talks and it was definitely a great diversity that was very suitable for beginners as well as pros, who have been living the lifestyle for many years.

In the evening we met up again for the DNX GLOBAL after-party. The location at Urban Spree was very well chosen and we’ve had our own separate area with some free booze and it was a great way to meet many more of the participants. I left the party around 7 so yeah it was good and a fantastic finish to very well organized event.

Is it worth the money and would I go again?

The ticket for the conference aren’t cheap and you might wonder whether it’s worth to spend the money, considering that you can watch similar talks online for free, especially if you don’t have a lot of budget to spend at the moment.

Nevertheless keep in mind that the networking you’ll get during the conference is extremely valuable as well. Where else do you have the chance to meet so many like-minded people at the same spot who are serious about this.

Compared to other conferences the price tag for the DNX GLOBAL is still relatively low and I’ve you would like to spend less you can try to get an early bird ticket for future conference, which you could always sell in case you can’t make it.

Where is the next DNX conference?

The next DNX GLOBAL will happen in Bangkok in February 2016 and I’m sure Marcus and Feli will give their best and put together another amazing event. I’m looking forward to many other DNX Global conferences in the future! Thanks for an amazing event Marcus and Feli! 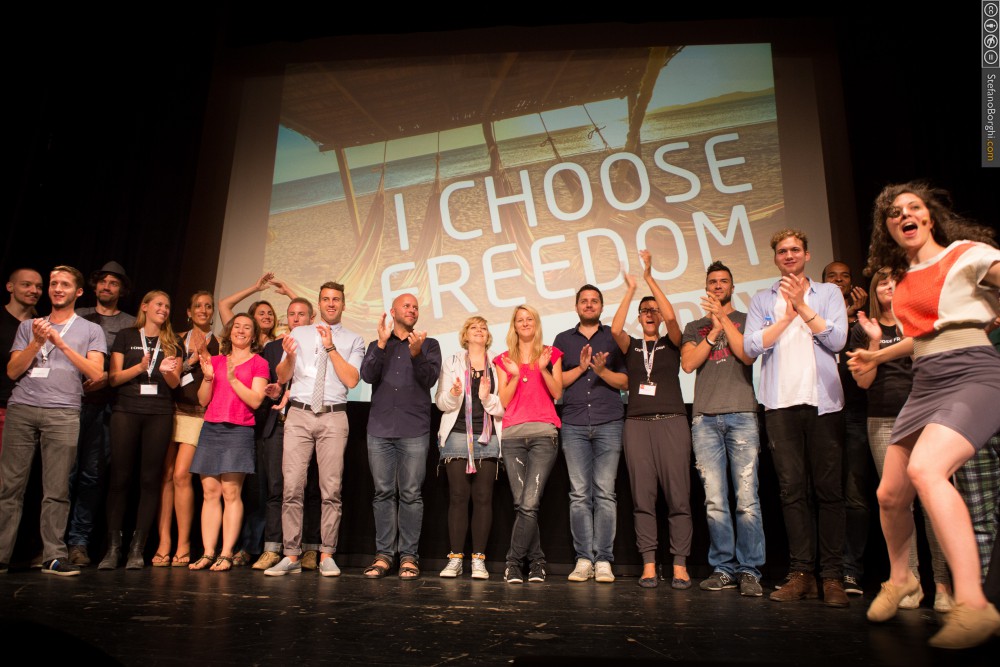 All images by Stefano Borghi